India's tech unicorns may not be publicly acknowledging the role of Free and Open Source Software (FOSS) in their success, but there is a lot of action under the hood.

Countries like India are the biggest beneficiaries of the “leveling of the field” that is created by FOSS. FOSS not only provides the technology but also the fact that it is built out in the open is a great source of education for the entire industry about how production quality software should be built.

It made sense then to try and hear it from the large tech companies and the unicorns on their side of the story and here is what they had to say. So we invited the top engineering leaders in India to talk about it. The panel included Jyoti Ahuja from Intuit, Mukund Acharya of Hotstar, Ramesh Parthasarathy of Freshworks, Rishi Pratap Singh of Infosys and Vinayak Hegde from Microsoft and was moderated by our very own Anand Chitipothu.

The panel represented a diversity of companies from established product companies like Microsoft and Intuit, new age unicorns Hotstar and Freshworks and a large service player like Infosys. While they were at different stages of their FOSS journey, it was clear that FOSS is something they can’t be caught unawares on.

Industry has moved to the cloud and to FOSS

Most software today is built on off the shelf FOSS components that can be deployed on public clouds. The public cloud has been transformative in the way software is built and deployed at Intuit. The engineering teams are excited about Kubernetes, a tool to enable large and complex cloud deployments. It is impossible to build software at scale with proprietary tools. If you are building B2C platforms, the per user cost of proprietary software is unthinkably high. Open Source is no longer an existential threat at Microsoft and there has been a complete cultural change at company after Satya Nadella took over and put cloud, and open source by extension, at the heart of its turnaround.

So clearly the shift to cloud has been felt across the entire spectrum of industry. Software today is built at an internet scale, so it is not only the cost, but proprietary tools lack the agility and innovation required to build and deploy at such a scale.

The growth of open source in companies is both top down and bottoms up. This is forcing engineering teams across the industry to make it a key leadership initiative. Freshworks takes FOSS contributions seriously and calls out contributors at engineering all-hands. Developers across teams and companies are passionate about FOSS and are forcing their leadership to take notice. Rishi shared that even at Infosys, 66% of projects are open source first, so it has become imperative for all companies to be active in this arena. Microsoft even has contributions as part of the OKRs (performance goals) of various teams.

Other than incentives and celebrating developers, companies are actively hosting meetups and events at their offices. Hotstar used to run several events at their offices in Bangalore and Freshworks runs the “SAAS at Scale” program to share knowledge about how they manage a large scale SAAS platform. Even at companies like Intuit, engineers are putting their foot down to push for open source contributions.

This was really heartening for me to hear from a FOSS United Perspective. There is clearly something cooking inside each of these organisations as far as FOSS is concerned. FOSS is where engineers go to get respect and great companies thrive on such kinds of engineers. The raw materials are already in place.

Almost everyone agreed that a common glue is needed to bring the community together. Right from the FOSS United Telegram Channel to conducting talks, events and hackathons, there are a bunch of opportunities. Since FOSS.in there has been no place for the community to come and meet, no place for young engineers to find role models.

While these companies may not be publicly acknowledging the role of FOSS, there is a lot of action under the hood. Factors such as the need to rapidly innovate at scale, need to hire and retain outstanding talent is forcing companies to take FOSS seriously. As FOSS United, we see tremendous opportunity to unleash the energy inside all these organizations and try and accelerate India’s journey into building a high quality technology culture.

Continue the conversation at the FOSS United Forum / Telegram Channel

Become a member and help us build a strong community of FOSS hackers and high quality projects in India. 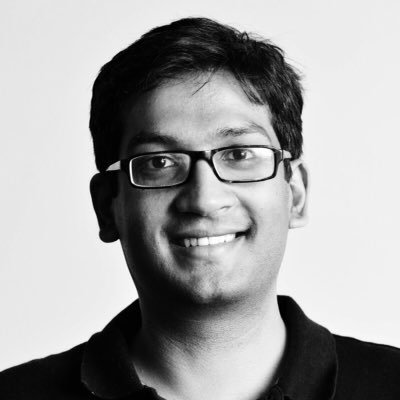